The camp gathered at 10:30 AM at Magnolia Cemetery in Maryville, TN at the grave of our camp namesake, Major Will McTeer.  We humbly performed a remembrance service adapted from that of the Grand Army of the Republic with descendants of the Major’s brother in attendance.  The following video provides a moving portrait of the events of that morning:

On the Memorial Day holiday, Department Commander Mike Downs and Camp Commander David McReynolds had the privilege of joining with our sisters in the Lucinda Heatherly Tent No. 10 of the Daughters of Union Veterans of the Civil War from Knoxville, TN and the 79th New York Highlanders re-enactment group to honor the fallen at the foot of the 60-foot tall Union Monument at Knoxville National Cemetery: 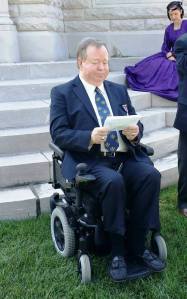 As the concluding event of the State of Tennessee’s Civil War Sesquicentennial Signature Event for 2015, the Blue and Gray Reunion and Freedom Jubilee, the McTeer Camp presented and sponsored the re-dedication of the very first monument (originally dedicated on July 4, 1916) to the greatest maritime disaster in U.S. military history, the sinking of the steamboat Sultana and the loss of 1800 lives.  The event was a great success with more than 150 in attendance with at least 43 Sultana descendants among those there.  The ceremony was performed in accordance with the rituals of the Grand Army of the Republic and the Sons of Union Veterans of the Civil War.  We very much appreciated the participation of the Heritage High School Air Force Junior ROTC Color Guard and Firing Team, the Craggy Top Brass for its music, Norman Shaw for an insightful educational presentation, Dewey Beard for his beautiful benediction in song, and Tom and Sue Wright for portraying the President and First Lady, Abraham and Mary Lincoln.

Benediction in Song by Dewey Beard (at the Sultana re-dedication 3 May 2015):

On Saturday, 2 May 2015, the camp participated in a large Civil War Expo in Krutch Parck, located nearby to the East Tennessee History Center and Museum.  We made many contacts including Max Kreis, the great-great grandson of Harmon Kreis who donated the beautiful pink marble stone that became the Sultana monument. 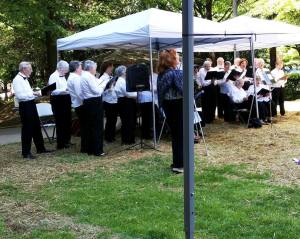 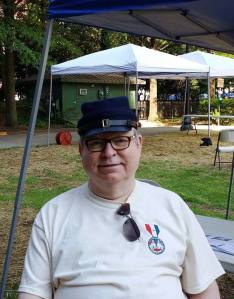 On Friday night at the Knoxville Convention Center, the kick-off banquet was held for the Blue & Gray Reunion & Freedom Jubilee.  Tennessee Department Commander Mike Downs was host to Indiana Department Commander Bill Adams.  And we met a “real son” of a Union veteran, 91-year old John Oliver.  John W. Oliver served as a Private in the 4th Tennessee Infantry Regiment, USA.  John Oliver was given a special award and recognition by the East Tennessee Historical Society at the dinner. 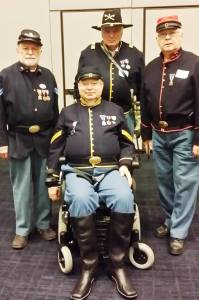 It is always a special honor to present the SUVCW award to a deserving cadet at the Air Force Junior ROTC programs in Blount County.  This year, one recipient was Cadet Garrett Smith, who received the award during ceremonies at Heritage High School on Thursday, 30 April 2015.  He also served on 3 May 2015 with the units who helped us at the re-dedication ceremony for the Sultana Monument! 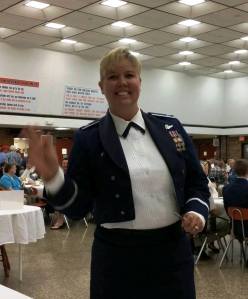 The Major William A. McTeer Camp No. 39, SUVCW proudly participated in the Ninth Annual Heritage Festival and Civil War Encampment held at the historic Thompson-Brown House in Maryville, TN.  The property is the site of a Civil War skirmish 152 years ago that was reenacted with vigor during the event on 18 April 2015. The day was filled with living history demonstrations, great musical acts, and cannon fire every hour on the hour.  As always, we met some really great people, saw some truly educational live history demonstration and made a few contacts about potential membership in our camp. 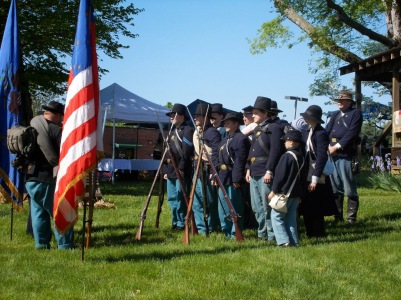 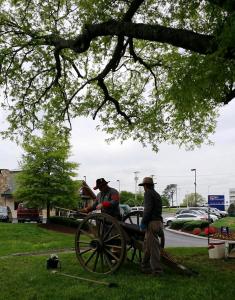 This meeting was the first quarterly educational and business meeting under our new plan adopted for 2015 and going forward.  Previously, we had called meetings on an ad-hoc basis to facilitate planning for events and to conduct business.  In 2015, we adopted a formal schedule that includes monthly Camp Messes, quarterly meetings, events and our annual encampment in November.  We believe that with this schedule, we can do more for our community, do a better job at preserving the history of our ancestors and promote the growth of our camp!

Some candid shots from our second Camp Mess of 2015.

Several members of the McTeer Camp attended the Department of Tennessee Encampment at Fort Negley in Nashville, TN.  McTeer member Mike Downs was elected Department Commander and fellow McTeer member David McReynolds was elected Junior Vice Commander.  We were honored to have National Commander-In-Chief Tad Campbell in attendance.  In addition to Mike Downs and David McReynolds, Doug Fidler and Bob Wallace were in attendance. 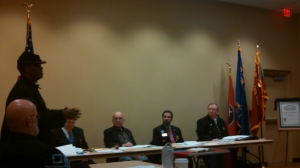 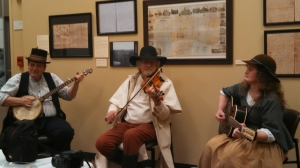 The McTeer Camp has a number of brothers living in the United Kingdom.  Brother Doug Fidler, Secretary of our Camp, visited with several of them in December 2014.  A “chinwag” is British working class slang for a group of friends who gather for an enjoyable time of socializing and catching up without any real agenda–a great thing to do at Yuletide!  I’d guess it’s the British equivalent of “flapping your gums.” 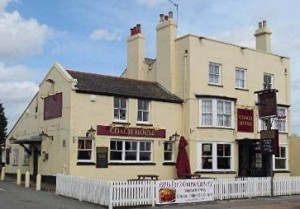 The McTeer Camp held its Annual Encampment in December in 2014 due to multiple date conflicts in November, the traditional month it is held.  We held the encampment at the historical Sam Houston Schoolhouse in Maryville, TN.